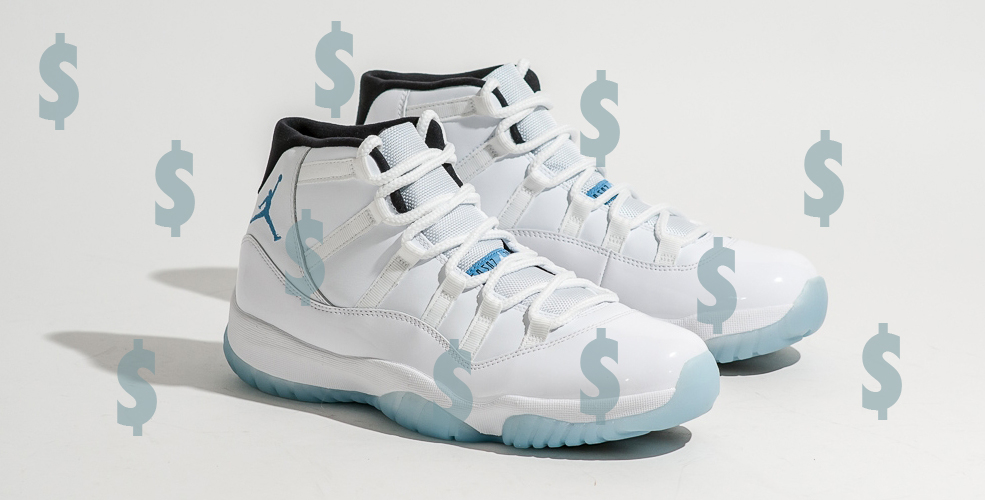 According to Matthew Kish these half a million Jordan 11s sold in the US in approximately three hours on release day December 20th.

That amounts to over $80 million in the bank in just three hours. Figures are not available for the rest of the world and if you factor in pairs that were still selling after release day there must have been over a million pairs of the Jordan 11 Legend Blue sold worldwide – EASY!

Jordan hype continues and rather than limit the numbers available Nike/Jordan are cleaning up, all the way to the bank, creating the hype and the desire and turning that into some serious profit.

This definitely has to be some sort of sneaker sale record!