With nearly a decade of stellar collaborations between them, Vans and WTAPS come together once again to unveil an eight-piece footwear capsule for Vault by Vans. Under Vans’ premium imprint, WTAPS crafts a deluxe assortment of Original Classics that are emblematic of both brands’ design legacies. Vault by Vans and WTAPS readies for these collaborative executions of the OG Era LX, OG Sk8-Hi LX and OG Style 36 LX for release this September in limited quantities. And you know when it comes to WTAPS and Vans it’s always on point!

Deeply rooted in a philosophy derived from Japanese master craftsman, WTAPS takes an approach to aesthetics that strives to recognize the essence of the items that comprise the material world and realize their hidden potential. Where shape determines function, a sophisticated creed wants to “place things where they should be” in order to release the creative energy that can be found in every form and materialization. The Vault by Vans x WTAPS project takes shape on iconic footwear silhouettes in their truest forms – their original forms.

The collaboration kicks off with a trio of OG Era LX colour ways that are inspired by the Japanese school uniform and “uwabaki” concept. The uppers are presented in true white while the outsole is marked in various colours – blue, red and green – colors that originally signified a student’s grade level.

Up next the OG Sk8-Hi LX is brought forth in a set of materials and tones that channel the vintage styling of another iconic Vans silhouette, the Vans Caballero. A favorite sneaker of WTAPS Founder Tetsu “Tet” Nishiyama’s youth, the Vans Caballero debuted in 1989 as skate legend Steve Caballero’s signature shoe featuring embossed reptile nubuck and durable suede reinforcements. This material build can be seen once again on the OG Sk8-Hi LX in grey/black and all-black styles.

The last silhouette in the line-up, the OG Style 36 LX, was created with unity in mind. Taking one hue to all parts of the shoe, the OG Style 36 LX introduces black/black, navy/navy and burgundy/burgundy versions of itself in the Vault by Vans x WTAPS collection. 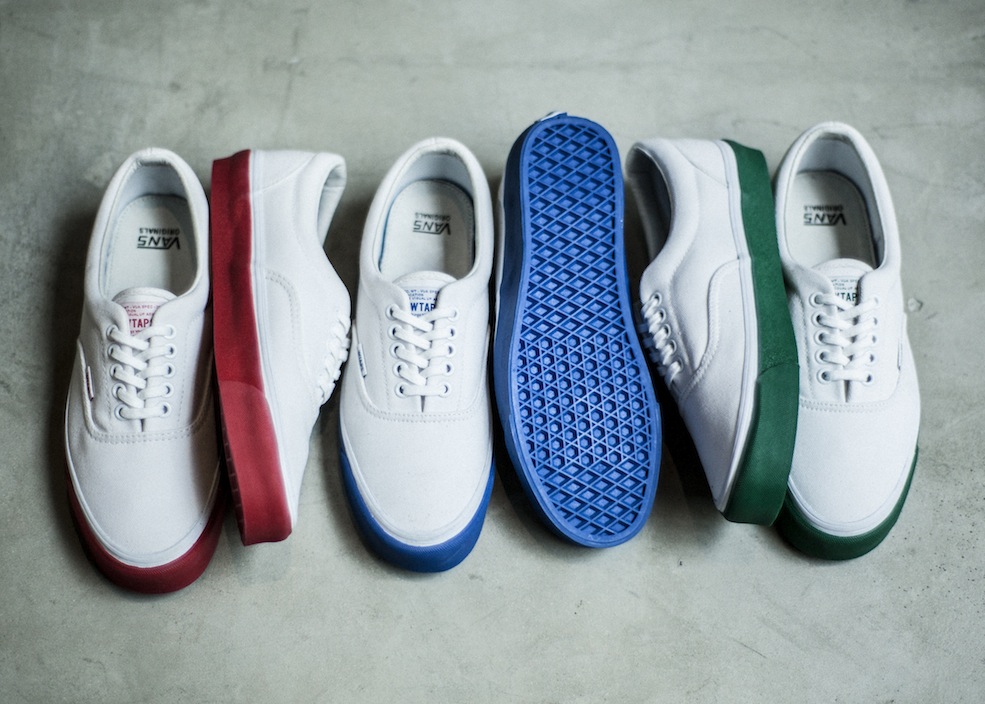 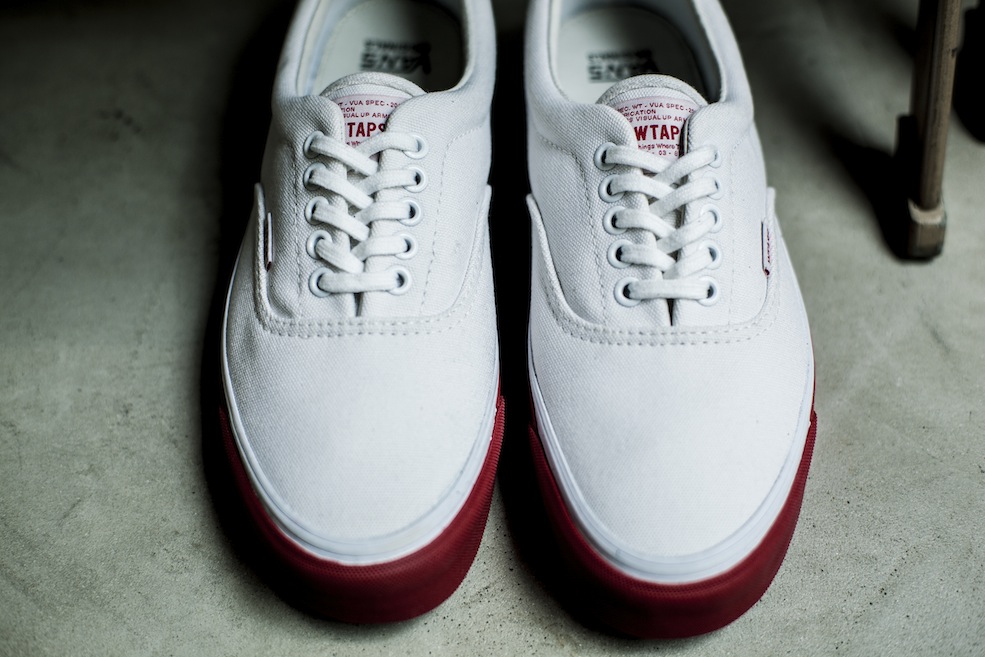 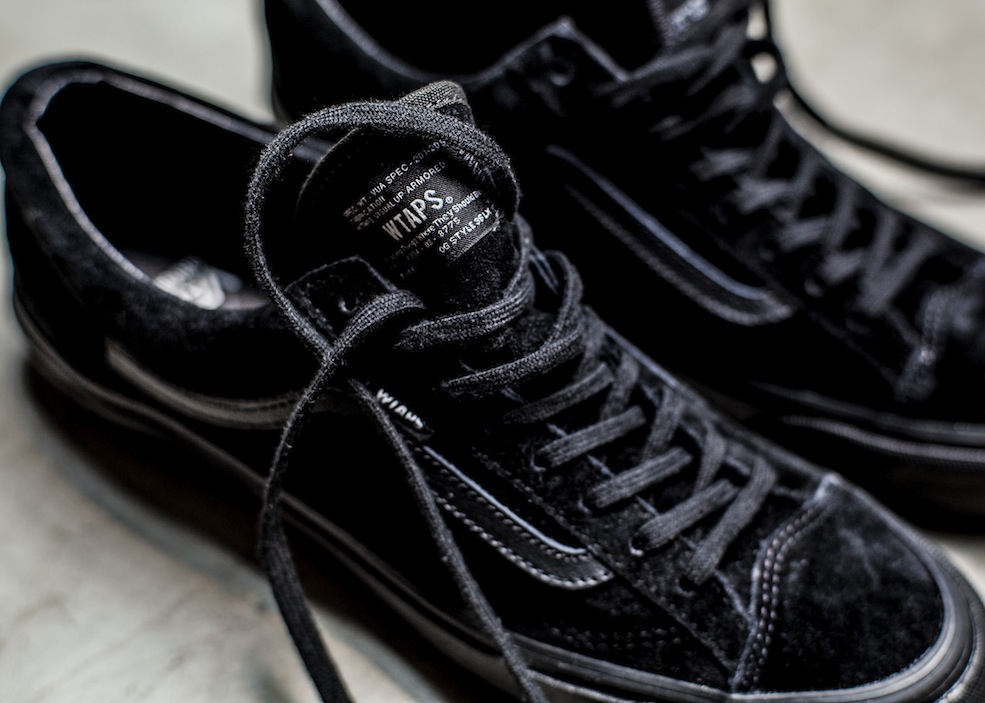 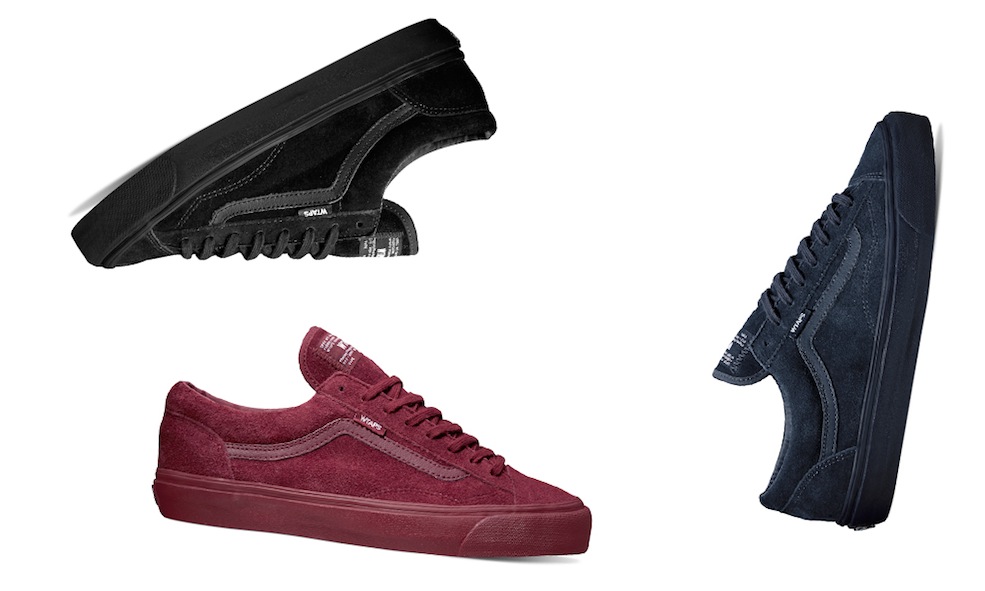