Supreme x Louis Vuitton – a pathway to unattainability? By @blcklistd

End of the Road?

Barely has the year begun in 2017 and the fashion world was blessed with what can be considered the biggest news of the year. The highly regarded French designer Louis Vuitton is to collaborate with arguably the biggest streetwear label Supreme. The announcement was complete with a fashion show in Paris showcasing various designs for Autumn Winter 2017 complimented with the Supreme motifs. Whilst the news is without precedent, what does this mean for the sneaker culture? 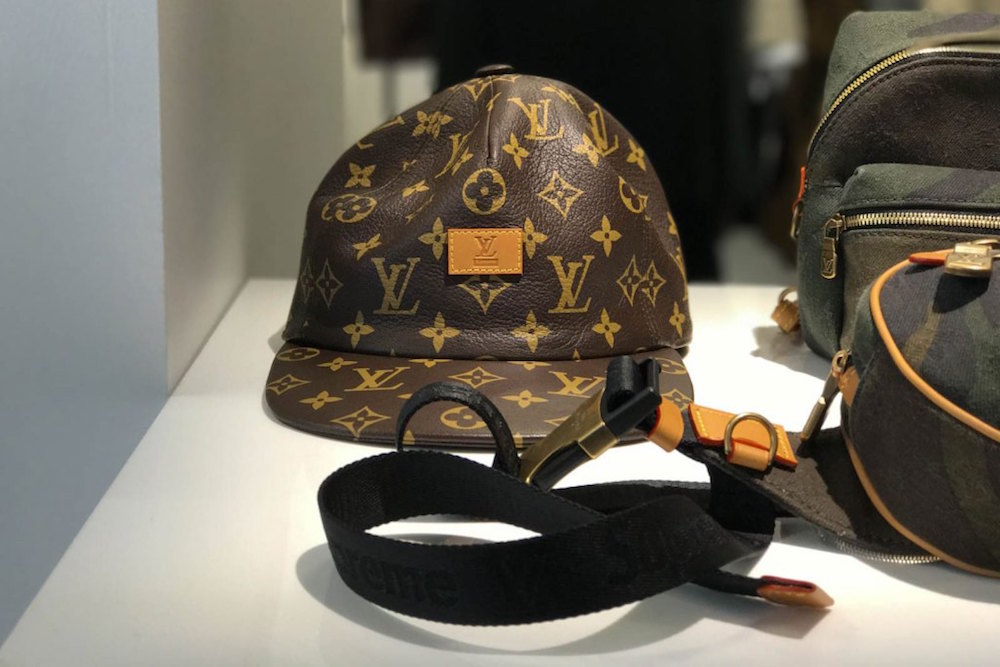 The nature of the collaboration means that we are witnessing a shift in landscape. Yes, this is not the first time we have had streetwear brands collaborating with a premium brand as witnessed with Nike and Stone Island, Puma and Alexander McQueen and even Fragment Design and Louis Vuitton in 2016. However, this announcement confirms a movement that has been in the workings as far back as 2012. Being a sneakerhead and just wearing streetwear labels has moved on. What we have witnessed is the growth in popularity of the sneaker culture because of myriad of reasons such as Kanye West and social media. While these factors are some of the reason for the growth in popularity, it has lead to an increase in the diversification of the clientele within the culture. The sneaker culture has now migrated from the die-hard sneakerheads to those who may want to be in the cool crowd and may not necessarily have the appreciation of the sneaker culture. 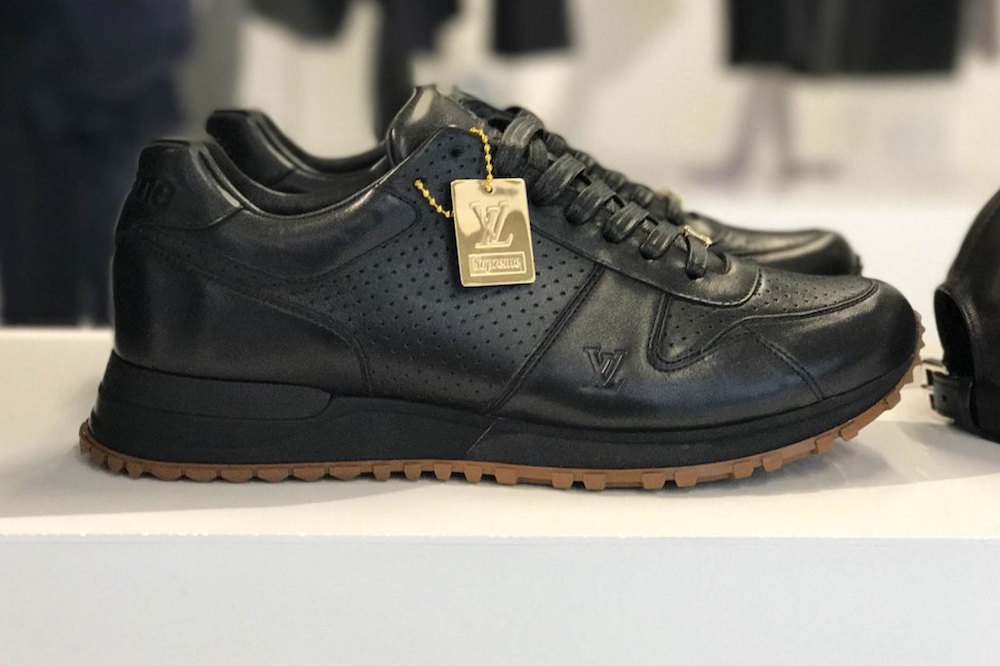 Now brand mixing isn’t a new phenomenon as it has been discussed in the past. But what is apparent is that brand mixing involving streetwear or sportswear with high fashion brands has become de rigueur. This has been popularised by the term “fit-look”. A fit-look is the pairing of sneakers with high-end streetwear labels. In some cases this can be replaced for designer label and posted in social media. It is no surprise that brands from high street to high end have picked up this and with the growing popularity of fashion have formed collaborative synergies. This brings us to Louis and Supreme.

With this announcement, Louis Vuitton and Supreme have brought to the fore an elitist attitude simply expressed as “money talks”. This has always been the case in life and it will be no different when the collaboration is available for purchase mid-Summer 2017. This event will sort the wheat from the chaffs for those that can and can’t afford it. I believe this is where the sneaker culture is at right now.

The sneaker culture is now beyond the realms of the average Joe and with collaborations like that of Supreme and Louis Vuitton, it will only serve the rich who can afford it, though it’s the have-nots that will have a greater desire. Those who have grown up with the brand such as Supreme would consider this collaboration a slap in the face given the perceived brand loyalty. However, this is the new target audience. The sneaker culture is moving away from the streets to the rich. Or, taking the streets to the rich.

In order to keep up with the latest drops now, you either have to get lucky in a store or Instagram raffle to have the privilege of buying the shoe, have an inside contact (also know as a ‘plug’) or pay the resell price if you’re lucked out. Some may argue it has always been like that while others argue it has gotten worse. Going through this repeated process could marginalise those with a passion even though the cost has become more expensive.

The ironic truth is that while the sneaker culture seeks to widen it audience by appealing to a new audience, there is a current danger that it seeks to exclude the very group of people that has made the culture what it is.