With the rise of Jordan Brand appearing to be an unstoppable one and with more and more hype surrounding each release we decided to take a look at some folks with some serious love for the most famous number 23 ever and his signature shoe.

On a humid night in Queens, NY, we were lucky enough to be invited into the home of Chris Washington – the Man with the Jordan Tattoo. Now of course there are plenty of Michael Jordan and Air Jordan fans out there who have taken their love of either or both to the tattoo parlour but we felt that Chris’ tattoo and the story behind it is something quite special, as is his Jordan collection, so we’ll start by saying thanks to Chris for letting us interview him and peep his tattoo and just a little bit of his Jordan collection. 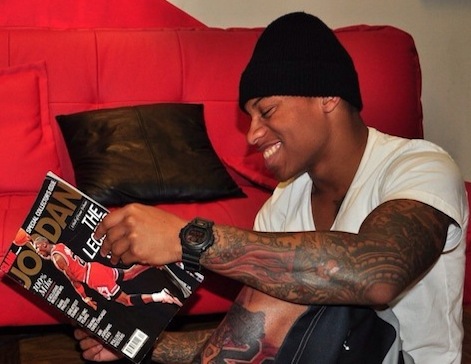